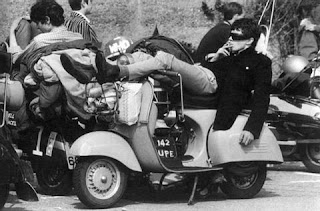 Faces were top Mods who were seen as taste makers in the Mod movement, the first to start a new trend.

Numbers were younger Mods. The term came from having t-shirts with numbers on. For a time The Who called themselves The High Numbers; the name was meant to appeal to the Mod market. Younger Mods were also called sixes and sevens because the t-shirts cost 7/6 from Woolworths.
Tickets could also mean the same as Numbers, or might have referred to people with no fashion sense. A First Class Ticket being the worst offender.
Mockers copied both Mods and Rockers, and mixed and matched from both.
Mids did the same, but by accident rather than design.
States were people who tried to be Mods, but could not get the look right. Alternatively this term was used to describe Rockers by Jimmy in Quadrophenia. It meant in a bit of a state.